Sweap set up for admins

The event tags - creation and usage

Create and edit customised templates for e-mails and websites

Use placeholders in Sweap

User permissions and their functions in Sweap

Implementing the event overview page in an IHK24 website

Import of distributors with EVA

Sweap app and devices for check-in

Configuration of a printer

Set up domain and e-mail address

Creation of a new webpage domain

Using your own email addresses and website domains in Sweap

Getting started with Sweap - Basics

The calendar view for your events

Basic structure of the event overview

The action field and its functions

Duplicate event and use as template

The preview mode for creating e-mails or webpages

Create text with the HTML-Editor

Customize headlines and text with HTML

Support and data protection at Sweap

Connecting Zoom to your virtual events

The search function in Sweap

Using the filter function in Sweap

Timely filtering of acceptances and declines

Create and manage contacts and guests

Use contacts for your events

Create and change companions with the guest

Manage attributes for guests and divisions

The guest import with Excel

The guest source: an indicator of success for your communication

Setting up and sending e-mails

Use your own salutation form in your e-mails

The email types and their use

The different types of email templates

Opt in states and bounces

Display images correctly in my email

Basics for the successful delivery of e-mails

Create E-mail invitation for a series of events

Templates for your webpage

Texts, colours and design for the registration page

Embed your own font in Sweap

Setting up the registration form

Configuration of a registration form

Integrations and modules for the Virtual Event Platform

Set up and manage chat for the Virtual Event Platform

VOTR polls and surveys on the Virtual Event Platform

Operate and monitor events with Sweap

Printers and the corresponding labels to print name badges

Event status and the stages of your events

Postponing and cancellations of events

The confirmation status from guests

Evaluate and export the KPI´s of your event

The check-in of companions

Setting up a printer setup

Solutions for troubleshooting during the on-site check-in 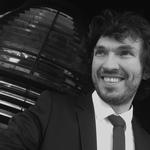 Updated 3 weeks ago by Christian Schulz

In the following article we will show you our Visibility Groups feature.

Visibility groups can be used when not all users should have access to the same events in Sweap. This can be the case, for example, when several divisions work together with Sweap. You can use visibility groups as "permissions" to collaborate or view.

If you use visibility groups, you can administrate which events are shown to which users.

If an user can create new events, he can only do so in the visibility group(s) activated for him.

To illustrate the use of visibility groups a bit more clearly, we have created an example for you:

User 1 is the administrator of the account. As an administrator, user 1 has access to all visibility groups and can therefore see all events.

You can create visibility groups in the main menu of Sweap. To do so, click on 'Account Settings' and open the 'Users & Permissions' section. Now click on the tab 'Visibility Groups'.

With the button "+ Create Visibility Group" you can create as many groups as you want - quick and easy.

2. Assignment of a visibility group to an user

You can administer which of your users belong to which visibility group. You can make this setting directly when creating a user or later.

Information about creating a new user can be found here.

Within the user settings you can define if a user is assigned to one, more or no specific visibility group. If no groups are selected, the user can see all events of the account.

As soon as you have saved the change, the user is assigned to the selected visibility group and will only see the events of this group.

3. Assign an event to a visibility group

If an user is assigned to several visibility groups, he must select the group for which the event will be visible while creating an event. Multiple selection is possible in order to grant access to several groups (divisions).

How did we do?

Create and edit customised templates for e-mails and websites